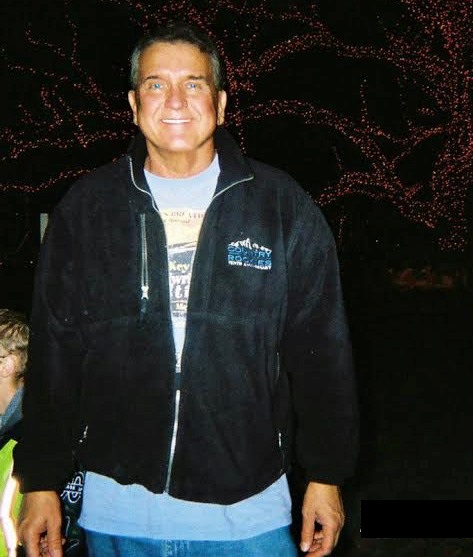 Great-Grandpa Joseph Willis relived much of his life in Louisiana on the wagon trip in October of 1852 from Evergreen to Babb’s Bridge. He poured out his heart to us, and I discovered a joy in writin’ and keepin’ an account of all his stories.

Just when it seemed that no day in our family would ever top the 1845 Willis Feast of Thanksgiv…ing…it did. It all begin the first time ever I saw a white Christmas, December 25, 1852, in Babb’s Bridge, and the entire family was there. Each family member brought a decoration for our tree. The cedar was so big that we had to cut it down three times just to get it inside the door. There were strings of popcorn, wooden figures, sugared fruit, paper dolls cut out by the girls, gingerbread, and somebody even brought a bird’s nest. We had ornaments that had meanings, too, like a pine tree, which symbolized eternity, pinecones that meant warmth, and a teapot that signified hospitality, which has always been taught by our family. There were candy canes with the Good Shepherd’s crook, with white stripes for the purity of Jesus and his virgin birth and the bold red stripes for Christ’s shed blood. At the top of the tree was the star of Bethlehem made from a quilt. And, the Christmas stockin’s stuffed with nuts, candy, and fruit hung on every available nail.

I’ll never forget the looks on my cousins’, brothers’, and sisters’ faces. Dolls, books, tablets, pencils, wooden soldiers, and even a rockin’ horse were unwrapped that happy morn. I got a new writin’ tablet that I started using to write this.

Christmas Day started with a few flurries, and everyone ran out to see the snow. Mother taught us to make something I’d never eaten before—ice cream. She showed us how to add milk, cream, butter, and eggs with the snow in a pewter pot. She had read where President Thomas Jefferson had even made ice cream with split vanilla beans. Imagine that! Our traditional hot spiced cider warmed us from the cold. The smell of roasting chestnuts in Mama’s cast-iron skillet in the fireplace brought back precious memories of Christmas past.

As the flakes began to fall steadily, more guests arrived, including Mr. Cormier and Miss Adelaide. She was with child, due in a few months. Mr. Cormier told Great-Grandpa, “If the baby is a boy, we are gonna name him Joseph.” Great-Grandpa’s face shone with an all-knowin’ peace. You could hear the excitement in their voices as Mr. and Mrs. Cormier brushed the snow off.

Mr. Malachi Perkins, Miss Eliza, Randall, and Emily came in together. Mr. Perkins went right up to Great-Grandpa and gave him a hug, sayin’, “Pastor, we consider ourselves engaged, but as you know by Louisiana law, we can’t get married. We’ve fallen in love, and if it was legal, we’d be hitched already.” He hesitated, then went on, “We so want to do what’s right in the eyes of the Lord. I remember ya tellin’ me how your mama and daddy had a clandestine weddin’. I don’t want to bother ya on this special day, but would ya mind thinkin’ ‘bout it in a few days and lettin’ us know if ya’d perform our weddin’ ceremony?”

Great-Grandpa took all of two seconds, grinned, and said, “Ain’t gotta think about it, Malachi. I’d be honored…if ya don’t mind if I do the ceremony sittin’ down. I’m a half-step slower than I used to be.” Everybody laughed.

“Ya know, Pastor, ya could get in trouble for doin’ it!”

“Yes, I know, but I’m ninety-four, and my race here is almost run. What are they gonna do, shoot me? They already tried that, when I was only knee-high to a grasshopper.”

The entire room seemed to be filled with a sweet joy. We all cheered and clapped. Randall and Emily looked the happiest. Great-Grandpa motioned for me to come over and whispered in a voice real low, “Quite a few folks are named after me now. If you ever have a son, Dan, you should name him Randall, after Eliza’s son. You can even nickname ‘im Randy, if you so like. That way, our descendants will remember that miracle and share it with their children.”

We watched the storm bringin’ heavier snow, which seemed to be driven by a blue norther as our neighbors Mr. and Mrs. Robert Graham arrived. And yes, Julia Ann was with ‘em. Great-Grandfather asked to be carried to the barn to talk to his aged four-legged friend, Ole Sally. He told her he had a gift for her—a mule blanket that all the Willis women had made. They had made a matchin’ blanket for him, too.

I listened to ‘im sweet-talk ‘er in ‘er ear. He thanked ‘er for being a good friend and told ‘er that he could never have done it without ‘er. As Ole Sally leaned over the stall gate, Great-Grandpa kissed ‘er on the nose. She backed ‘er ears, and he laughed, sayin’, “Aww, you know you like it.”

We carried him back to the house, and then I asked him to share his annual Christmas story once again. Everyone gathered ‘round the fireplace. He looked like he was doin’ what he loved best.

The wind was blowing the snow so hard we didn’t hear Mr. Ford arrive with Mr. and Mrs. Peter Tanner, the brother and sister-in-law of his late wife. Mr. Ford rushed through the door with a great big smile, sayin’, “Looks like Solomon Northup will be freed on January 3rd. He’s gonna be a free man!” Again, everyone clapped and cheered.

Great-Grandpa’s heart was full of joy. Mine, too! He beamed as he said, “I don’t see how a Christmas could get any better than this.”

He’d started to tell the Christmas story when there was a knock at the door. I jumped up to answer the door. There stood a snow-covered, half-frozen woman in a green hooded cape. Her hair was all wet and matted. All of a sudden, I recognized her—and so did everyone else. There were a few gasps and then lots of hugs. Great-Grandpa couldn’t see very well, as his eyes were dimmed by age. He asked, “Who’s that? Who’s here?”

She put her finger up to her lips to keep everyone silent. No one said a word as she went over to Great-Grandpa, hugged him, and said, “Merry Christmas, Pastor Joseph Willis. I love you with all my heart.”

His eyes glistened as he pulled her to him and said, “I love you even more, Miss Elvy Willis. Welcome home! I’ve saved a place beside me for ya. You’re just in time to hear my favorite Christmas story again.

“He was born in a little-known village. He was brought up in another community that people said nothing good would ever come out of. He worked with his hands in a carpenter shop until he was thirty, and then for three years, he traveled as a country preacher. He never wrote a book. He never held an office. He never commanded an army. He never owned a home. He never went to college. He never traveled more than a couple hundred miles from the place where he was born.

He was rejected by the religious folk of that day. While he was still a young man, the tide of popular opinion turned against him. One friend denied him. Another betrayed him. Many even hated him. He was turned over to his enemies. He went through the mockery of a trial and was then nailed to a notorious prisoner named Barabbas’ cross between two thieves. His executors gambled for his only possession—his coat.

“Most of his friends had abandoned him by then. When he died, he was laid in a borrowed grave. Then, on the next Sunday mornin’, he rose from the dead. As we look back across eighteen hundred years and examine the evidence and sum up his influence, we must conclude that all the armies that ever marched, all the ships that ever sailed, all the governments that ever sat, all the kings that ever reigned, and all the presidents that ever led combined have not had the influence on mankind that this one Country Preacher has had!”

Not a sound was heard ‘til Great-Grandpa said, “Merry Christmas, everyone!

I got a stirrin’ in my heart and started singin’, “Joy to the world, the Lord is come!”

One of my favorite novelist, Lewis Wallace, was inspired to write his second novel, in 1880, by an agnostic. The novel was conceived after sitting on a train, listening to Colonel Robert Ingersoll for two hours.

Wallace wrote that Ingersoll poured out “a medley of argument, eloquence, wit, satire, audacity, irreverence, poetry, brilliant antitheses, and pungent excoriation of believers in God, C…hrist, and Heaven, the like of which I had never heard.”

Until then, Wallace had been indifferent to the claims of Jesus. He wrote, “Yet here was I now moved as never before, and by what? The most outright denials of all human knowledge of God, Christ, Heaven… Was the Colonel right? What had I on which to answer yes or no? He had made me ashamed of my ignorance: and then–here is the unexpected of the affair–as I walked on in the cool darkness, I was aroused for the first time in my life to the importance of religion… I thought of the manuscript in my desk. Its closing scene was the child Christ in the cave by Bethlehem: why not go on with the story down to the crucifixion? That would make a book, and compel me to study everything of pertinency; after which, possibly, I would be possessed of opinions of real value.”

Wallace subtitled the book, a tale of the Christ. He later wrote, “It only remains to say that I did as resolved, with results — first, the book Ben Hur, and second, a conviction amounting to absolute belief in God and the Divinity of Christ.”